Learn How AFM is Used to Advance Nanotribology Research

Review of AFM capabilities for nanoscale characterization of friction and wear, with a focus on biomedical devices and MEMS/NEMS 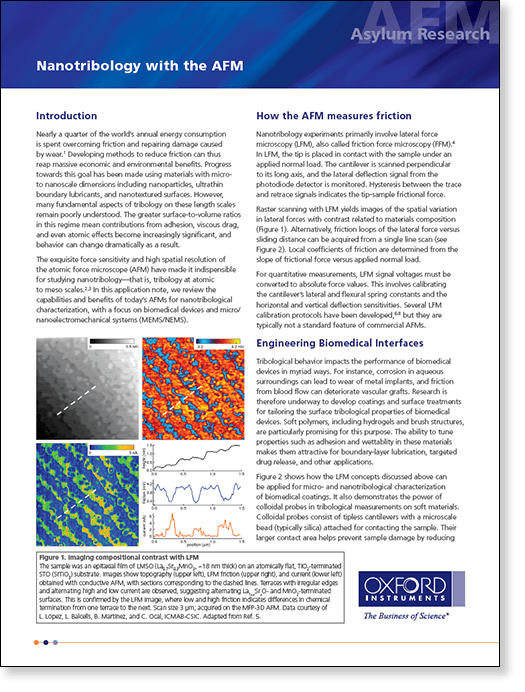